A new tree at HCS to mark the Queen's Platinum Jubilee 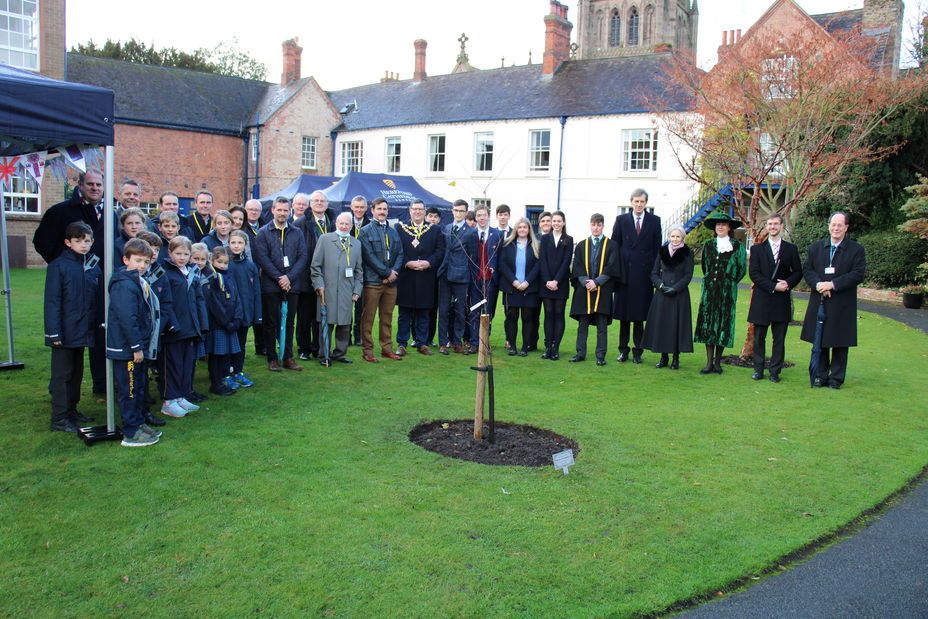 Earlier this week, Hereford Cathedral School pupils and staff were joined by special guests to plant a tree to commemorate the Queen’s Platinum Jubilee next year.

The birch tree was planted on Old Deanery Lawn as part of The Queen’s Green Canopy initiative, which invites schools and other organisations across the UK to plant a tree to mark Her Majesty the Queen’s 70 years on the throne.

The ceremony was led by Lord Lieutenant for Herefordshire Mr Edward Harley OBE, who was joined by Herefordshire High Sheriff Mrs Joanna Hilditch and the Mayor of Hereford, Cllr Paul Stevens. Among the attendees were pupils from the junior and senior schools, former HCS Headmasters Mr Howard Tomlinson and Mr Paul Smith, along with a group of Old Herefordians. 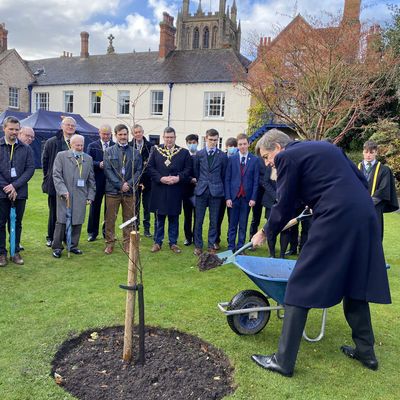 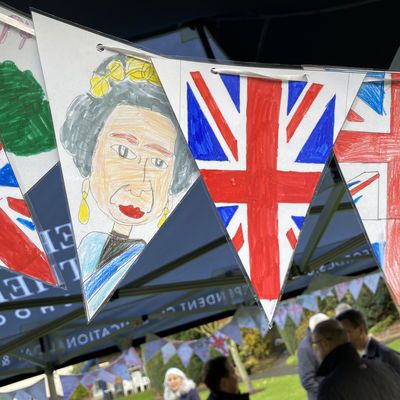 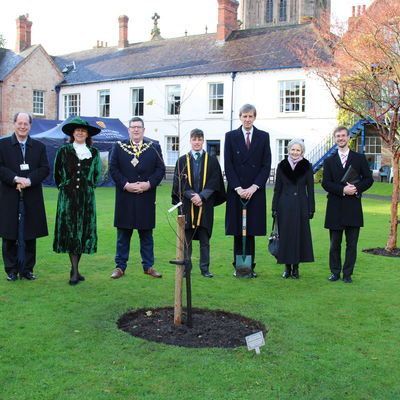 Pupils in the Junior School created some wonderful Platinum Jubilee bunting in honour of the occasion.

HCS Headmaster Dr Gray commented: "I am delighted that Hereford Cathedral School can join with individuals, organisations and communities around the UK in planting a tree as part of the Queen’s Green Canopy Platinum Jubilee celebrations. The tree represents a token of our gratitude to Her Majesty for her wonderful service to our nation and our loyalty to her. It also signifies our commitment to supporting and protecting the environment, which is why it is one of several hundred trees that we are planting over the months ahead."

The Queen’s Green Canopy scheme aims to create a legacy in honour of The Queen’s leadership of the nation, which will benefit future generations. In addition, the initiative will dedicate a network of 70 Ancient Woodlands across the UK and identify 70 ancient trees to celebrate Her Majesty’s 70-year reign.